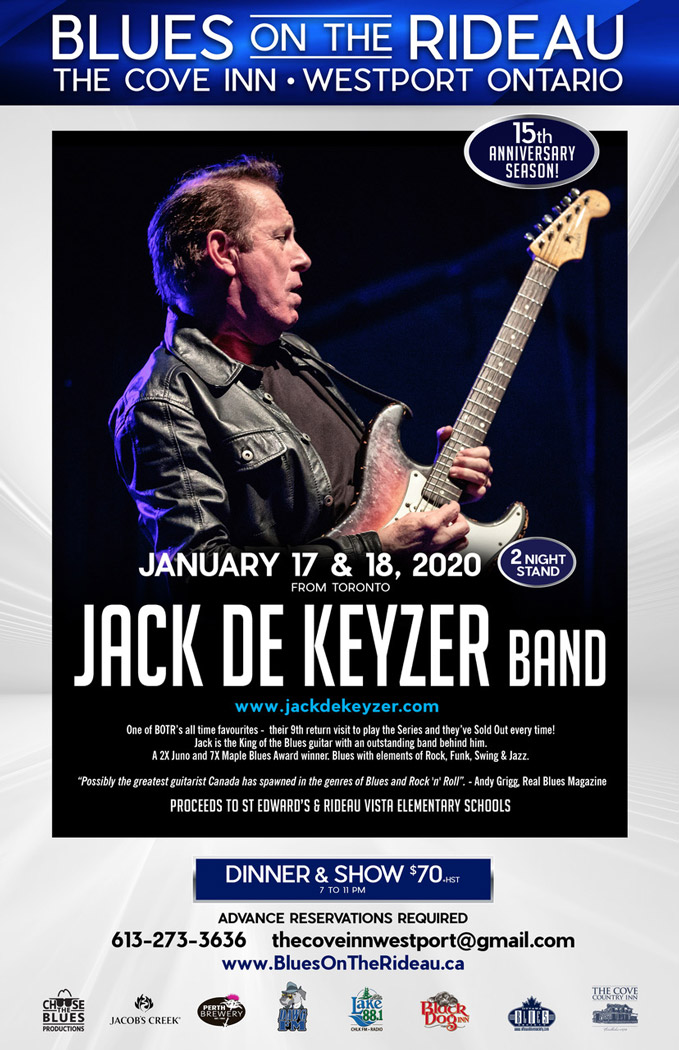 Blues on the Rideau with Jack de Keyzer Band

If it’s January it must be Jack! Canada’s King Of The Blues guitar returns to BOTR @ The Cove for a record 9th visit.- most of them in the month of January. What a great way to shake off the mid-winter blues. Jack is an excellent singer/songwriter as well – in fact he won the International Songwriting Competition in the Blues category last year beating out hundreds of entries from around the world – an incredible achievement! Born in England Jack was raised in Hamilton where he apprenticed under the late, great King Biscuit Boy which no doubt helped him to develop his classic Blues-Rock style a la Hendrix, Clapton and Page. He formed his own group in the ‘90’s and they’ve evolved into one of the hardest working and most talented Blues bands in the country: Jack on vocals and playing incredible guitar, Nick Succi on keyboards, Alan Duffy on bass, Richard Thornton on sax and Gary Donaldson on drums. There are elements of Rock, Funk, Swing and Jazz in Jack’s Blues and it’s all good! A 2X Juno and 7X Maple Blues Award winner he’s another all time favourite at BOTR. All of his previous shows have SOLD OUT so – I hate to keep repeating myself – you’ll want to reserve early if you want to attend one of these nights.