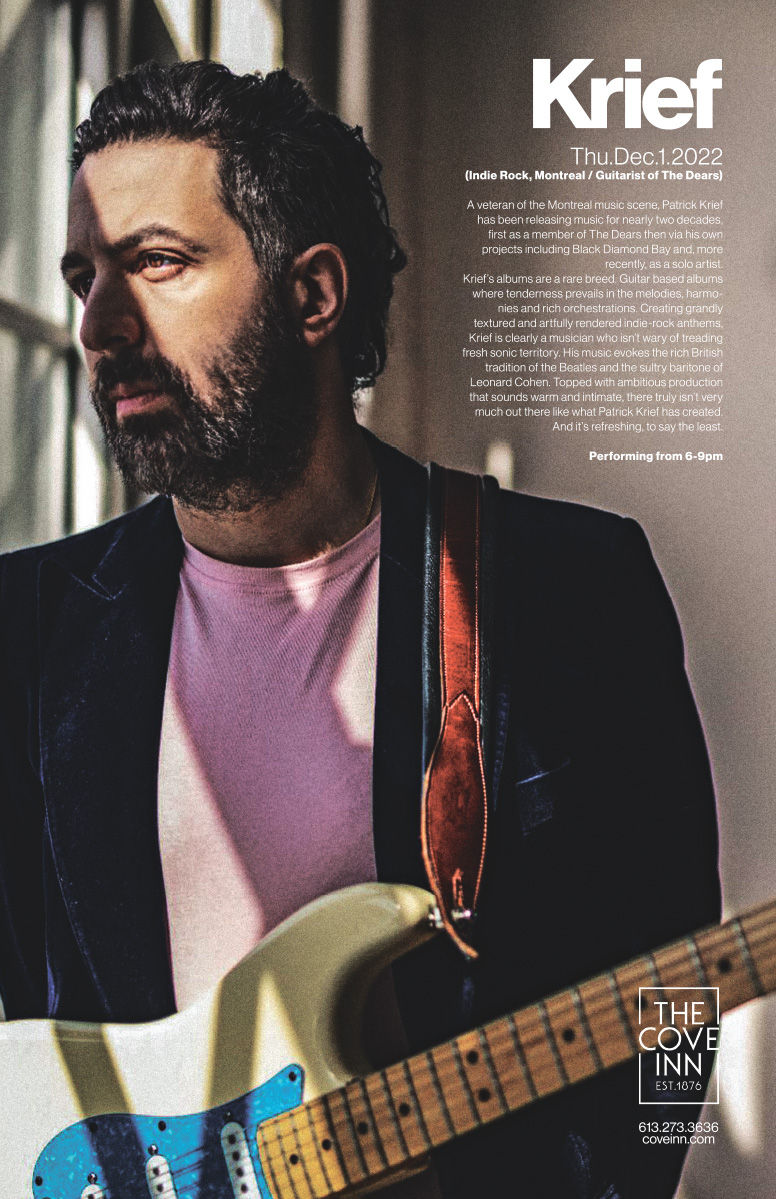 Krief Live at The Cove Inn

Join us at The Cove Inn on Thursday December 1st, 2022 from 6-9pm for a special performance by Krief.

A veteran of the Montreal music scene, Patrick Krief has been releasing music for nearly two decades, first as a member of The Dears then via his own projects including Black Diamond Bay and, more recently, as a solo artist. Krief’s albums are a rare breed. Guitar based albums where tenderness prevails in the melodies, harmonies and rich orchestrations. Creating grandly textured and artfully rendered indie-rock anthems, Krief is clearly a musician who isn’t wary of treading fresh sonic territory. His music evokes the rich British tradition of the Beatles and the sultry baritone of Leonard Cohen. Topped with ambitious production that sounds warm and intimate, there truly isn’t very much out there like what Patrick Krief has created. And it’s refreshing, to say the least.

Reservations Preferred! Call 613.273.3636 or Email thecoveinnwestport@gmail.com for to book now. Thank you for support local live music at The Cove!