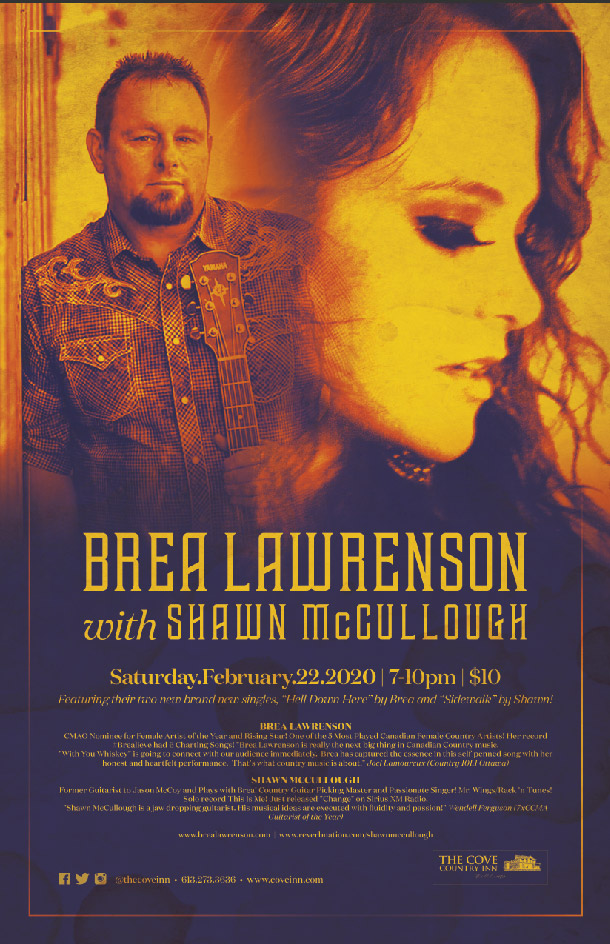 BREA LAWRENSON – CMAO Nominee for Female Artist of the Year and Rising Star! One of the 5 Most Played Canadian Female Country Artists! Her record #Brealieve had 6 Charting Songs!

“Brea Lawrenson is really the next big thing in Canadian Country music.  “With You Whiskey” is going to connect with our audience immediately.  Brea has captured the essence in this self-penned song with her honest and heartfelt performance.  That’s what country music is about.” Joel Lamoureux (Country 101.1 Ottawa)

“Shawn McCullough is a jaw dropping guitarist. His musical ideas are executed with fluidity and passion!” Wendell Ferguson (7xCCMA Guitarist of the Year)

You will not want to miss their performance together this Saturday night at the Cove from 7-10pm. $10 cover.