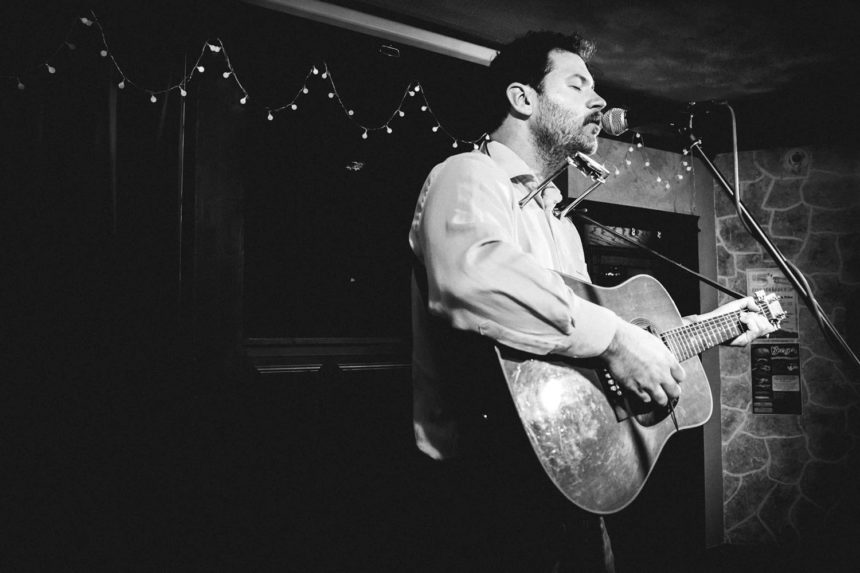 Join us for live music on The Cove’s Outdoor Patio on Friday August 7th from 5-8pm with David James Allen.

With his debut solo album, Toronto-based singer/songwriter David James Allen establishes himself as a bona fide roots music auteur, transporting us to a place that to our modern perceptions will seem uncomfortably foreign, or conversely, all too real. Listeners previously heard flashes of Allen’s brilliance in his previous work with the Barrie, Ontario collective Stonetrotter, but on When The Demons Come he takes full command in bridging his wide-ranging country, folk, blues and gospel influences.

Recorded at various locations around Ontario over the course of a year, the album in fact gathers a decade’s worth of material Allen had accumulated, which had not found a home within other various projects. Still, there is a common thread of sin and redemption connecting all of the songs, and through the assistance of several of his Stonetrotter band mates and pedal steel virtuoso Aaron Goldstein, it adds up to a haunting and endlessly rewarding listening experience.

Indeed, by any measure, When The Demons Come is a uniquely personal work of art, and a powerful introduction to one of Canada’s vital new musical voices.