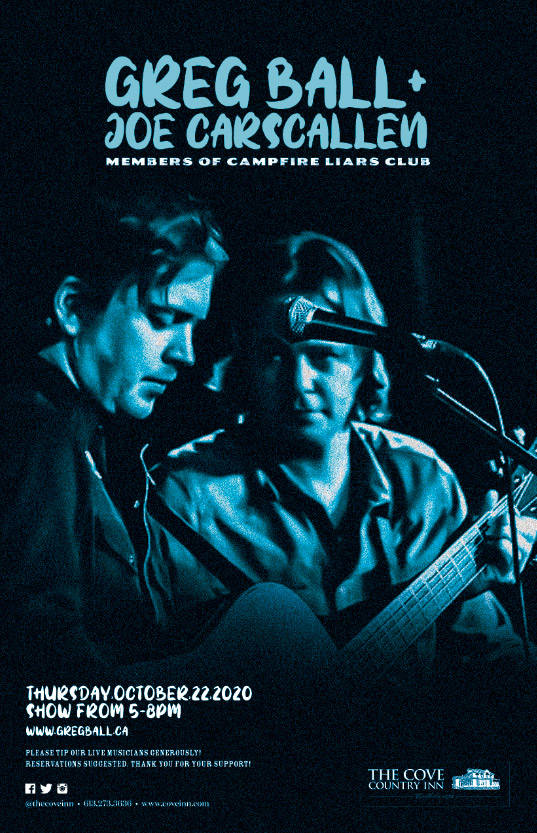 Join us for live music at The Cove on Thursday October 22nd from 5-8pm with Greg Ball and Joe Carscallen of Campfire Liars Club.

Greg and Joe play music together. They write original songs and make records…as Greg Ball Band. They also come together in Campfire Liars Club featuring Paul Langlois (of The Tragically Hip) and Jim Tidman. It’s four unique personalities and song writing styles make for a very interesting evening of music…..and more than the occasional laugh. After countless evenings around the campfire singing songs, telling stories (and the occasional lie!), the boys decided to take their act on the road. Officially formed in early 2010, the CLC has played sold-out shows around the Kingston area and is starting to venture out to parts unknown. This night will be an extension of that…