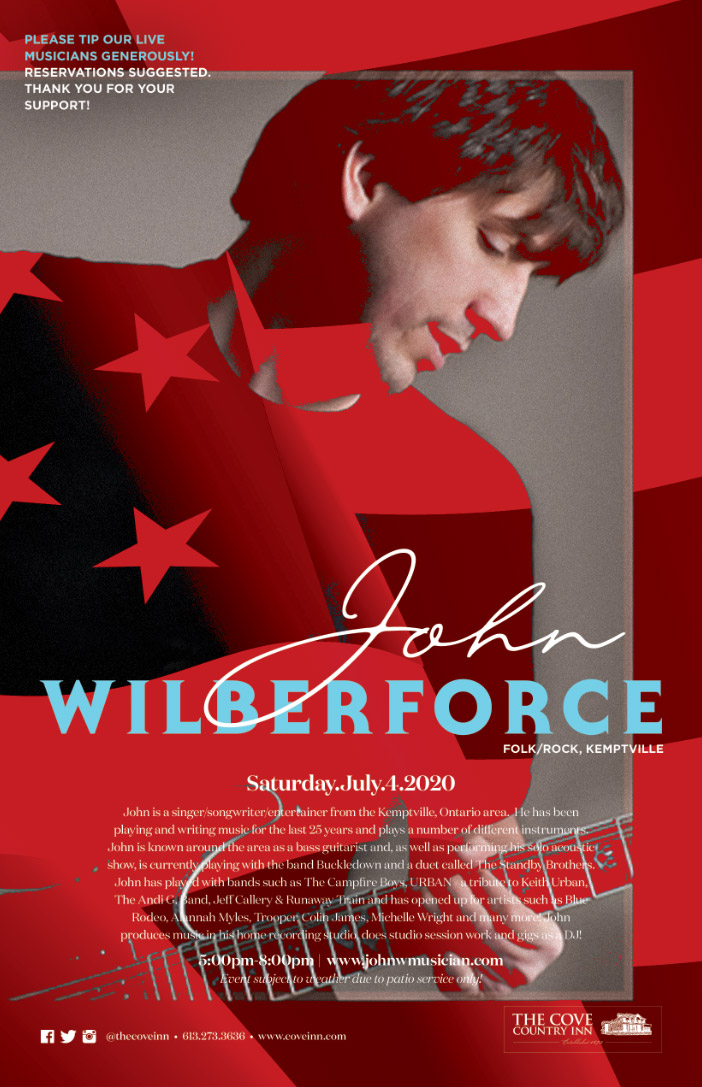 Join us for live music on The Cove’s Outdoor Patio on Saturday July 4th from 5-8pm with John Wilberforce.

John is a singer/songwriter/entertainer from the Kemptville, Ontario area.  He has been playing and writing music for the last 25 years and can play a number of different instruments.  John is known around the area as a bass guitarist and, as well as performing his solo acoustic show, is currently playing with the band Buckledown and a duet called The Standby Brothers.

John has played with bands such as The Campfire Boys, URBAN – a tribute to Keith Urban, The Andi G. Band, Jeff Callery & Runaway Train and has opened up for artists such as Blue Rodeo, Alannah Myles, Trooper, Colin James, Michelle Wright and many more!

He just released a couple of tunes on Spotify…during the pandemic period he had lots of time!