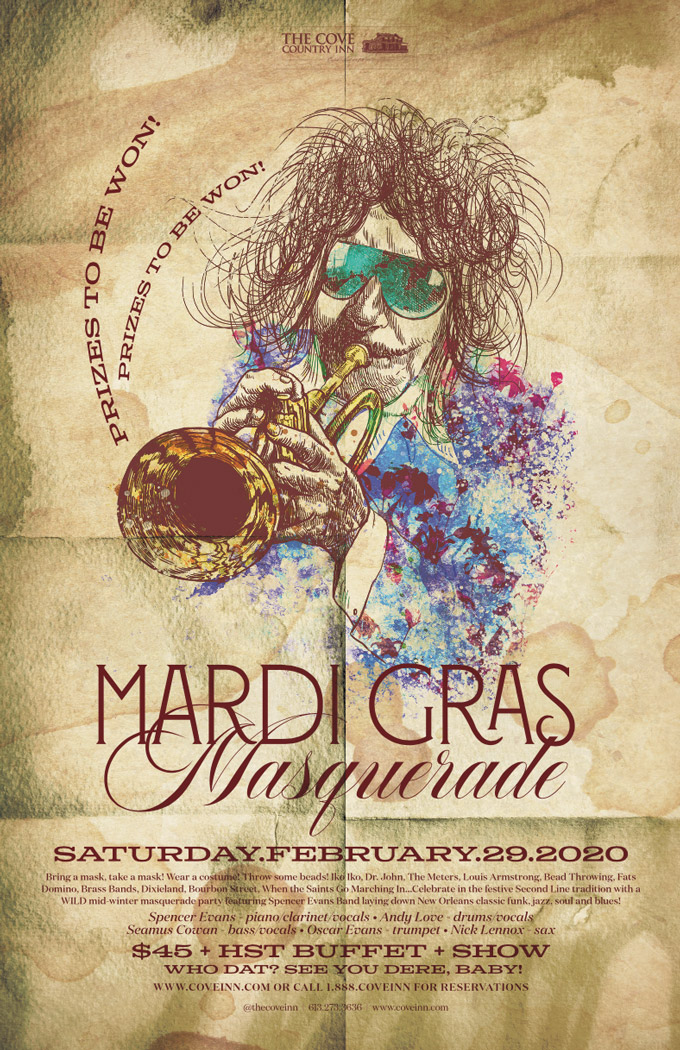 SPENCER EVANS was born in Picton, grew up around the Quinte area, and graduated from B.C.I. Spencer plays piano, clarinet, accordion, sings, dances, prances and has been a professional musician for the past 15 years. He has played Bermuda to Bosnia, New Orleans to the North Pole, and has recorded and toured with The Cowboy Junkies, Sarah Harmer and Pat Temple, and has performed with Jeff Healey, Dan Aykroyd, Willie P. Bennett, Jack Mahieu, Alex Pangman, Maria Muldaur, and Toronto’s Swing Gang, among countless others. Spencer has appeared on the Tonight Show with Jay Leno, CBC Radio’s The Vinyl Café with Stuart McLean, MUCHmusic and CMT. A resident of Kingston for several years, Spencer keeps busy playing with numerous local bands such as Bloom, Pico de Gallo, Ghetto Xpress, The River Cats and various jazzy combos.

SEAMUS COWAN plays the low bass and sings the high notes…Kind of strange but it works. He has played all kinds of music in his career so he fits right in. Particularly, he was a past member of Bullmoose, JP Houston & The Murder, Spoon River, The High Dials and Miss Emily.

ANDY LOVE has a solid synergy with the boys. His drumming is some of the best around and his ferocity is difficult to tame, behind the kit that is. He is a singing drummer too and loves to take the reigns on the lead vocals. Together, the trio are a powerful combination. Enjoy them weekly on Thursday’s in the summer months!

The Funky New Orleans Horns will be NICK LENNOX on Sax and Spencer’s talented son OSCAR EVANS on Trumpet!

You are definitely not going to want to miss this event at The Cove on Saturday February 29th. $45 gets you buffet dinner and the show.