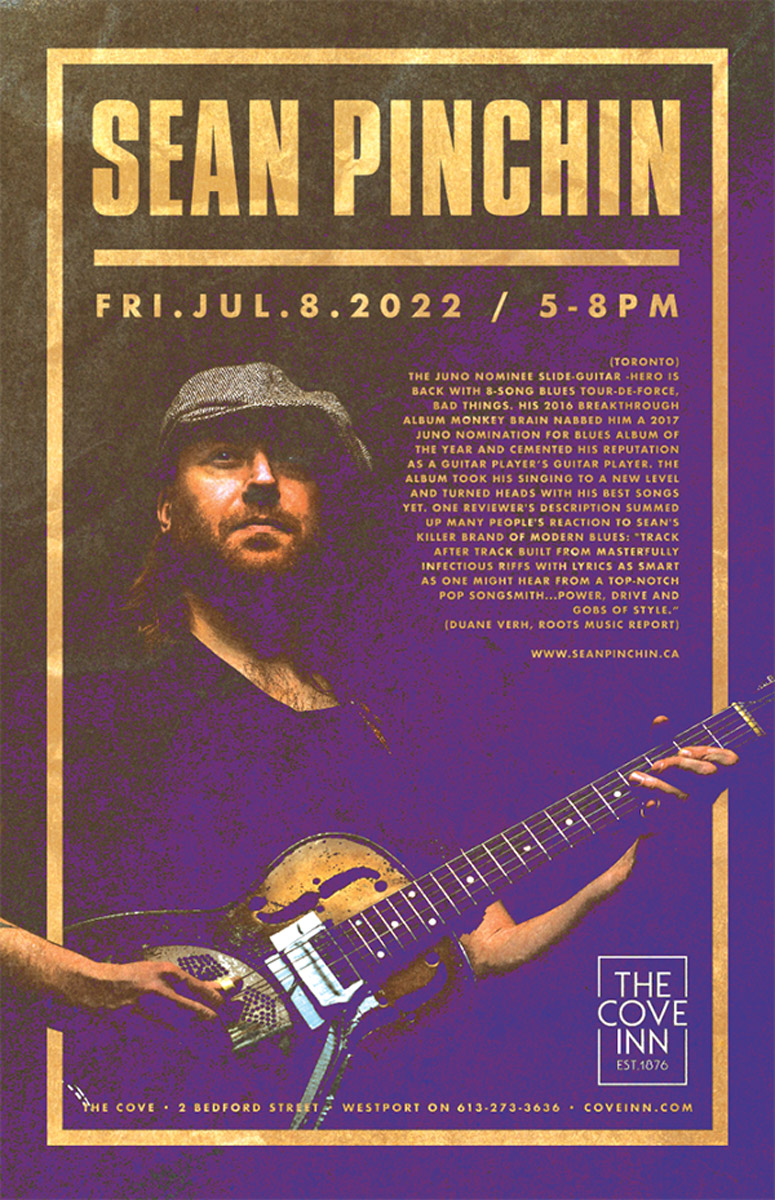 Sean Pinchin Live at The Cove

Join us for live music on The Cove’s Outdoor Patio on Friday July 8th from 5-8pm with Sean Pinchin.

A 2017 Juno Award nominee for his recent CD “Monkey Brain” Sean is a not only a brilliant slide guitarist he’s got a great voice and writes inspired, powerful songs. He plays acoustic as well as electric Rockin’ Blues – you’ll be getting the latter at this show with his full band behind him. Sean and his band played at The Cove as part of the Blues on the Rideau Series in 2017 and is making his return to wow us with his deep understanding and rooted approach of playing the Blues on his acoustic guitar…Not to be missed by all kinds of live music lovers.

***All Events Subject to weather due to patio service only.***