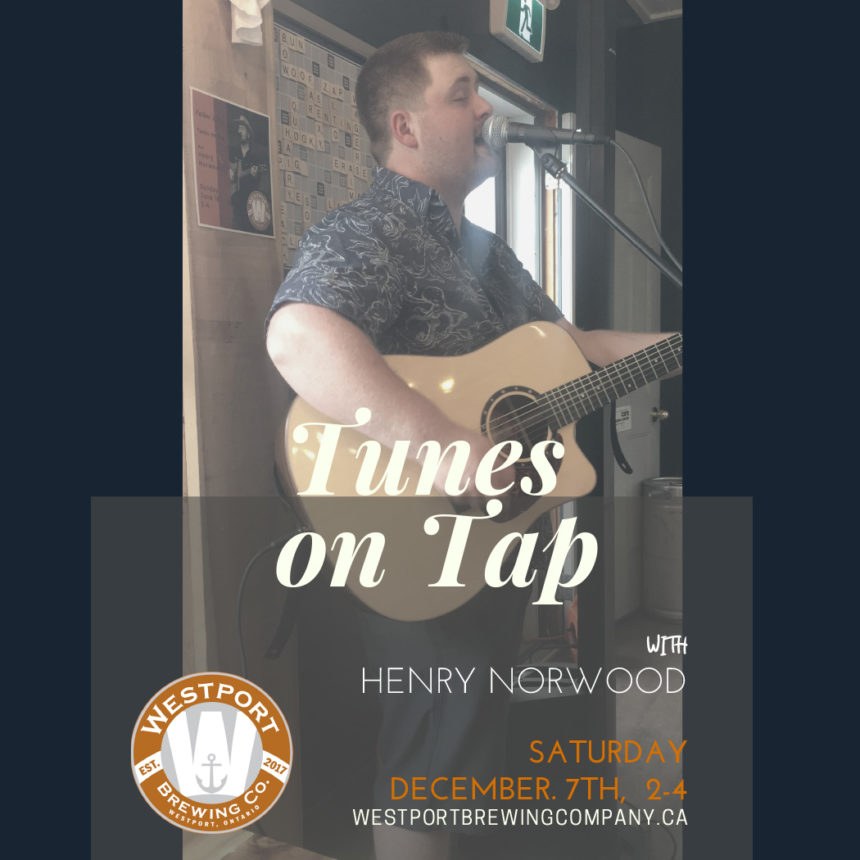 Tunes on Tap with Henry Norwood

Henry Norwood is a singer/songwriter from Perth, Ontario. His own music has been influenced by a deep love and respect for traditional country music. His first original song, Another Bottle Another Day, won a Top 4 finish out of 3000 entries in the first nationwide 2013 CBC Searchlight competition. Henry has since spent summers performing at various jamborees and festivals throughout Ontario and Quebec including The Havelock Jamboree and Stewart Park Music Festival. His song There But For the Grace of God, was a semi-finalist in the Canadian Songwriting Competition. Henry is currently playing on stages throughout Eastern Ontario and continuing to write his own material.

Stop in at the Westport Brewing Company this Saturday between 2-4pm to hear Henry perform and enjoy a pint (or two).