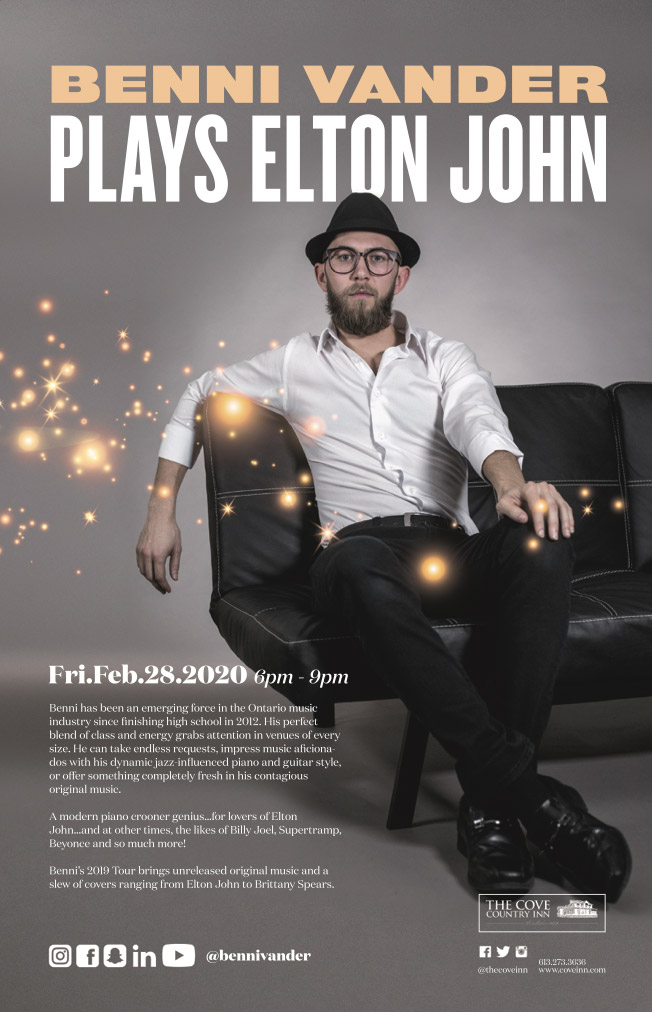 Benni Vander is a world-class musician, award-winning song writer and entertainer from Prince Edward County, Canada. His endless repertoire includes ambitious covers of classics from the past 50 years, and an array of contagious original songs. His welcoming and friendly personality draws in unfamiliar crowds, and keeps familiar crowds coming back. Benni has spent his early years mastering music production, and is an extremely efficient and tasteful session pianist, guitarist, drummer, bassist, and vocalist.

On top of extensive performance experience with the likes of Miss Emily, members of The Tragically Hip, Spin Doctors, The Glorious Sons, The Trews, and The Guess Who, he has worked alongside and learned from some of the country’s best songwriters – George Thoroghgood, Chilliwack, Kim Mitchell, Big Sugar, Tom Cochrane, Gowan and Randy Bachman. Benni’s recent touring brings unreleased original music and a slew of covers ranging from Elton John to Brittany Spears.

“A modern piano crooner genius…for lovers of Elton John…and at other times, the likes of Billy Joel, Supertramp, Beyonce and so much more!” Seamus Cowan – Notes from the ‘Port

Benni will perform at the Cove on Friday February 28th between 6-9pm.