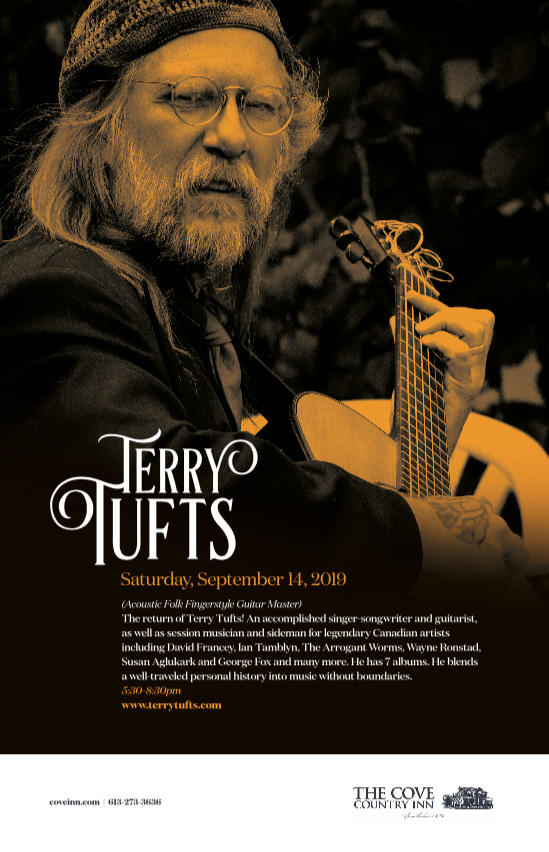 The return of TERRY, Folk Legend! Terry Tufts is an accomplished singer-songwriter and guitarist, as well as working as a session musician and sideman for a variety of artists including Tom Paxton, David Francey, Ian Tamblyn, The Arrogant Worms, Wayne Rostad, Susan Aglukark, and George Fox. He has 7 albums. He blends a well-traveled personal history into music without boundaries. He blew the socks off our place at the Canadian Songwriter Summit with host Kevin Head.

Superb singer, writer and guitarist: those are words frequently used to describe Ottawa-based performer Terry Tufts. All of those attributes – and more – are on display in his new album, The Better Fight, which is scheduled for release this fall.

Terry’s latest recording, The Better Fight, reflects his continuing growth as songwriter and musician. In it, he explores the pop, jazz and folk idioms, moving seamlessly through all three in the company of some of the best musicians in Eastern Canada. Apart from the sheer musicality of the new recording, The Better Fight is, as one writer noted “the culmination of Terry Tufts’ career as a gifted and passionate songwriter. Whether he’s tackling the dilemma posed by an unjust war or savouring moments in time, Tufts displays a boxer’s heart wrapped inside a troubadour’s spirit.”